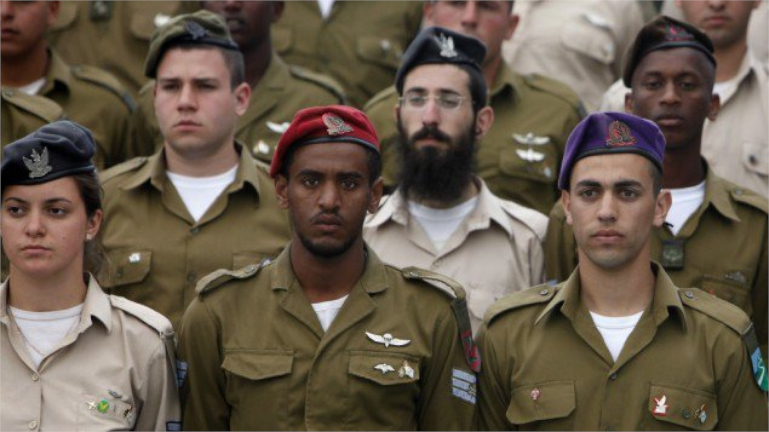 When Hamas leader Khaled Mashal and Palestinian President Mahmoud Abbas met in 2012, the AP reported that “there is a clear sense, in both . . . Fatah and its Islamist rival Hamas, of a national movement that is fragmented and in crisis.” The two rivals remain bitter enemies—unable to make peace with themselves, let alone Israel, despite countless attempts.

Contrary to all facts, Israel’s enemies maliciously accuse the Jewish state of South African-style discrimination against Arabs. Why do they tell this obvious lie?

Despite Israel’s exemplary civil rights record and its laws protecting all ethnicities and religions, colleges still host Israel Apartheid Weeks and some critics insist Israel is or will become an apartheid state. The truth quickly exposes the malign motives of these accusations.

“Time to stop the Big Lie about apartheid in Israel.”

Apartheid in South Africa was enforced by dozens of laws that restricted where citizens of color could live, work, congregate and go to school—even whom they could marry. None of these laws—nor any like them—exists or ever has existed in Israel. How could this bizarre “Israel Apartheid” calumny spread so pervasively in Western academies and mainstream media? The answer is The Big Lie—the Nazi propaganda principle, recognizing that when a falsehood is repeated often enough, it becomes accepted. Even former President Jimmy Carter—no friend of Israel—titled his book, “Palestine: Peace or Apartheid.”

What was South African apartheid? “Apartheid,” the Dutch-Africaans term for separation, was the social order of the former South Africa. It meant that the Black majority of the nation, as well as the so-called Colored, were kept strictly apart in all aspects of life. White domination over the native population was fundamental. For instance: Non-Whites had to carry a “passbook.” Passbook infringement could lead to deportation to one of the Bantu “homelands.” Blacks and Coloreds were kept from a wide array of jobs. Black-White sex was a serious, jail-time criminal offense. Hospitals and ambulances were strictly segregated. Whites enjoyed free education until graduation. Not so for Blacks, whose education was strictly limited by the oppressive “Bantu Education Act.”

By law, no mixed sports were allowed. Park benches, swimming pools, libraries, and movies were strictly separated. Blacks were not allowed to purchase or imbibe alcoholic drinks. This is only a small, partial list of the many abusive indignities that non-Whites suffered under the South African apartheid regime.

Israeli Equality. Even to hint that Israel practices apartheid is outrageous and hateful, since the exact opposite is the case. Not a single apartheid practice applies to Israel. Israel is by far the most racially mixed and tolerant nation in the entire Middle East. Israeli Arabs, who are about 20% of Israel’s population, enjoy, without exception, the same rights and opportunities in all fields as their Jewish fellow citizens. The total equality of all Israelis is assured in Israel’s founding document. All non-Jews—which means primarily Muslim Arabs—have full voting rights. At present, 13 Arabs sit in Israel’s Knesset (parliament), one of Israel’s Supreme Court judges is Arab, the Israeli Defense Forces (IDF) has Arab generals. Arabs are represented in Israel’s diplomatic service all over the world. Homeownership is higher for Arabs than Jews. Arab students study in all Israeli universities. All children in Israel are entitled to subsidized education until graduation, with no restrictions based on ethnicity or religion. In short, Muslim Arabs and other non-Jews are allowed everything that Jews are allowed—everything that non-Whites were not allowed in apartheid South Africa. These facts should shame anyone who accuses Israel of apartheid.

But, yes, there is one difference: Jewish Israeli men and women are obligated to a multi-year stint in the IDF or community service; For Arab Israeli citizens, this service is voluntary.

Separation from Palestinian Arabs. Some critics accuse Israel of segregation because it prevents Arab Palestinians who live in Gaza or the disputed territories of Judea and Samaria (aka the West Bank) from freely entering Israel. This of course is absurd. Arab Palestinians are citizens of the Palestinian Authority, not of Israel, and some 95% have never set foot in Israel. While Israel regularly allows about 55,000 Palestinian workers into Israel daily (pre-COVID-19), it controls its borders strictly, just as the U.S. does. Border enforcement is not apartheid.

What’s more, Israel has many times offered to cede its territorial rights in the West Bank to the Arab Palestinians for a state, but they have refused all offers, instead continuing terrorist and missile attacks against Israeli civilians, including Israeli Arabs.

Time to stop the Big Lie about apartheid in Israel. Too many people have been duped by the hateful language of Israel’s enemies. In fact, Israel is a beacon of freedom and enlightenment in the Middle East. It’s time for fair-minded people—and mainstream media—to broadcast the truth about Israel . . . and forcefully reject the apartheid label. One who demonizes Israel with this falsehood fully deserves the label of anti-Semite.