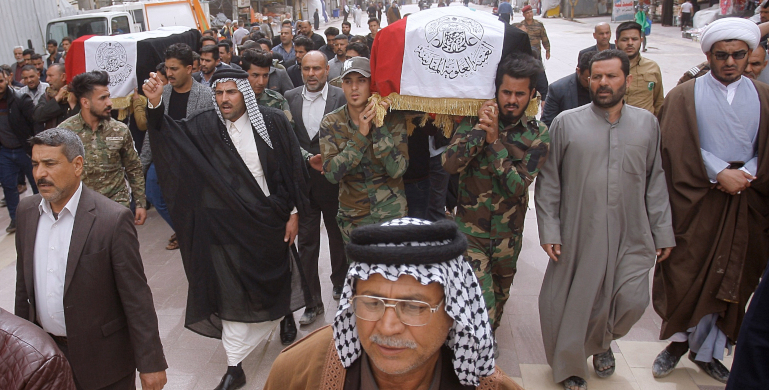 Help the Iranians, Not the Ayatollahs

America’s greatest enemy is reeling from sanctions and a botched coronavirus response. We can best help the Iranian people by speeding regime change.

While some “progressive” politicians advocate easing sanctions on Iran as a humanitarian gesture, this proposal is misguided: No current sanctions prevent Iran from buying medical supplies, and no evidence indicates that kindness to Iran will temper its belligerence.

Iran is the largest state sponsor of terrorism, it attacks U.S. military assets, and its proxy militias have killed U.S. soldiers. The Islamic Republic also violated U.N. resolutions by developing weapons of mass destruction, and, after cheating on the Iran Deal, is on track to acquire nuclear weapons. Most recently, Iran lied to the world about its outbreak of coronavirus—causing the disease to spread more rapidly—and now seeks handouts to buy medicines. While the people of Iran deserve humanitarian aid, their dictatorial rulers do not deserve relief from today’s tough U.S. sanctions—to the contrary.

Iran is the greatest enemy of the United States. Iran makes no secret of its hate of the U.S., frequently threatening the U.S. with military harm—and labeling America “the Great Satan.” The Islamic Republic has also attacked and harassed U.S. naval vessels and last year shot down a U.S. drone over international waters. Moreover, Iran recently attacked a major oil processing facility of our ally, Saudi Arabia.

Iran’s human rights record is despicable. It oppresses women, it persecutes (and kills) homosexuals, it imprisons political dissenters without due process, and last fall executed 1,500 protesters who demonstrated peacefully against the ayatollahs’ mismanagement of the economy.

Iran lied about coronavirus, becoming a vector for its spread in the Middle East.

Iran hid critical information about its coronavirus outbreak and imprisoned whistleblowers. It allowed daily flights in and out of China and Lebanon even as the disease raced on. Only the deaths of Iranian leaders forced its rulers to admit the crisis and belatedly take steps to halt it. Today 16 Middle East nations claim their outbreaks began in Iran.

Iran blames the coronavirus on the U.S. The Islamic Republic shamelessly tries to convince its own people—and the world—that the U.S. created the coronavirus. Iran’s Ministry of Health has launched a contest to assign U.S. responsibility, which cartoonists from 68 countries have entered.

While Iran has enough funds to fight Covid-19, its dictators have other uses for their money.  Despite many justifications for restraining Iran’s ambitions through sanctions, the U.S. has never imposed restrictions on Iran’s ability to acquire drugs and medical equipment. In fact, Ayatollah Khamenei is reported to have a cache of $200 billion under his personal control. But, the U.S. State Department reports that in July 2019, “one billion euros intended for medical supplies ‘disappeared’ and another $170 million allocated for medical goods were instead spent on tobacco.” Despite current sanctions, Iran continues to spend its wealth supporting colonial projects, as well as terrorist groups Hamas, Hizbollah and Palestinian Islamic Jihad.

We must ask: If Iran faces no obstacles to purchasing drugs and medical equipment; if Iran has sufficient funds to support jihadi militias; if Iran has a record of lying about its coronavirus crisis; and if Iran recently misspent a billion dollars of humanitarian medical aid, does it make sense to reduce sanctions and put more money in the hands of our No. 1 enemy? Since Iran threatens to harm the United States and Israel, cheats on international arms resolutions, and pursues imperialist adventures . . . the U.S. would be smarter to tighten sanctions on the ayatollahs, not loosen them, so as to hasten the regime’s collapse.