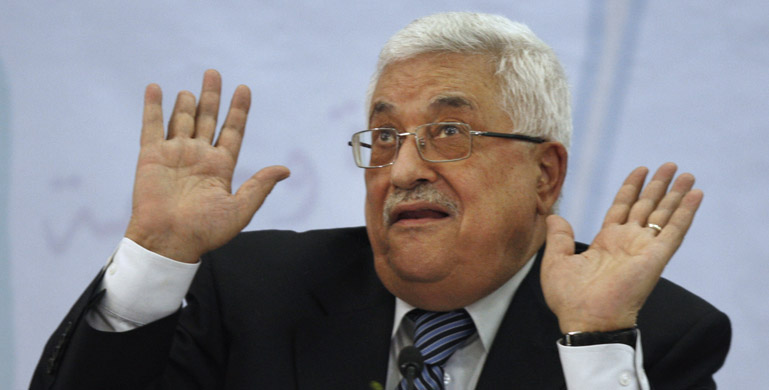 Palestinian Arabs claim full ownership of the Holy Land, denying any Jewish connection or rights—all based on deceptive lies, all easily proven false.

In this era of “fake news,” it’s often hard to tell truth from fiction. Indeed, Palestinian Arab leaders have constructed an elaborate false mythology to justify their war against Israel and the Jewish people. It’s time to lift the curtain on these myths—to separate truth from fabrication.

“Peace between Israel and the Palestinians must be based on the truth and good faith.”

Every ethnic group has the right to create its own narrative—but such a narrative should be based on truth, especially when it denies others’ rights. We may disagree on interpretation, but at least we should agree on the facts. So, let us consider five cornerstones of the Palestinian narrative and judge its moral strength by its adherence to the truth. We soon find that modern Palestinian myths are unfair attempts to disenfranchise the Jewish people from Israel—their ancestral homeland.

1. Palestinians are indigenous to the Holy Land: False. President Mahmoud Abbas often claims Palestinians are related to the Canaanites, a group that vanished 4,000 years ago. This claim has no basis in archeological or genetic research. Nearly all Palestinians trace their lineage to Arab lands. What’s more, unlike the Jews, Palestinians have no unique language, culture or religion—essential markers of indigenous peoples. Indeed, historians, archeologists, biblical records, and the Koran itself, affirm conclusively that Jews founded a kingdom in the Holy Land some 3,000 years ago—before arrival of the Arabs—and have lived in the lands of present day Israel, Judea and Samaria (the West Bank) ever since.

3. Jerusalem is the capital of the Palestinian people. False. Palestinian leaders commonly herald Jerusalem as a Muslim and Christian capital—unfairly excluding 3,000 years of Jewish history and Jerusalem’s centrality to Judaism. Indeed, history shows King David founded Jerusalem as the capital of the Jewish kingdom around 1000 BCE, before the advent of Islam. Jerusalem is cited hundreds of times in the Torah and not a single time in the Koran. Moreover, Jerusalem has never been an Arab capital, and for most of the city’s history, Jews have been the majority population.

4. Palestinians have a right of return to Israel: False. Among approximately 700,000 Arabs who left Israel in 1948, when five Arab armies attacked, only about 30,000 are still alive today. Some live in the disputed territories of Judea and Samaria, many over the 70 years have made homes in Jordan, Lebanon and Syria. Nonetheless, the Palestinians claim that 5.5 million descendants of these refugees—children, grandchildren, and great grandchildren—are also refugees. No other descendants in world history have ever been considered refugees. Indeed, no displaced refugees, let alone descendants, have inherent legal rights to return to their original homes after a war. Any such returns have always been negotiated among the parties—and so they will be in a peace agreement between Israel and the Palestinians.

5. Israel is guilty of apartheid against the Palestinians: False. Palestinian leaders frequently accuse Israel of committing genocide, ethnic cleansing and apartheid. In fact, Israel’s two million Arab citizens enjoy full civil rights and benefits—greater than those in Arab nations. Palestinians in the West Bank, on the other hand, are largely self-governing, have increased dramatically in number over the decades, and enjoy a higher standard of living than any of their Arab neighbors. Limitations on Palestinian movement within the West Bank exist only when necessary to prevent Arab terrorism against Israelis, which continues to this day. In short, accusations of discriminatory subjugation of Palestinians by Israel are false and malign.

The Nazis continuously repeated “the Big Lie” to convince the German people to wage an imperialistic, genocidal war. Today, Palestinians repeat falsehoods to convince the world that Jews are evil, colonial usurpers. Until the Palestinians agree to negotiate peace with Israel—based on the truth and good faith—they are sadly condemned to bitterness and thwarted aspirations for independence.