158_What Is Disproportionate Force? 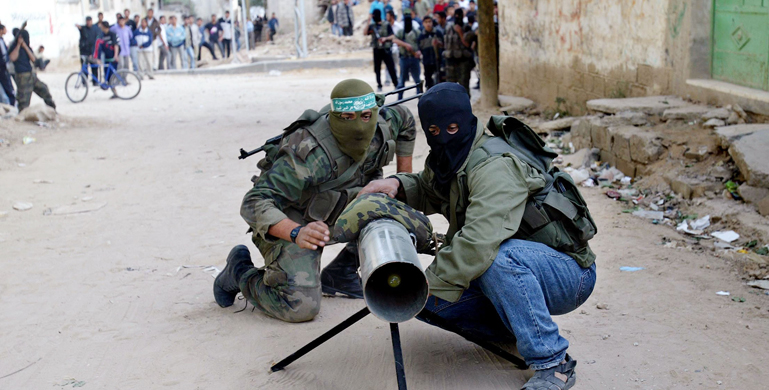 What Is Disproportionate Force?

Though every armed conflict kills civilians, all civilized nations try to avoid this. So why has Israel been accused of using too much force in Gaza in 2014?

The ratio of Arab civilians killed in the 2014 Gaza war was “by far the lowest in any asymmetric conflict in the history of warfare.”

Politicians, especially in Europe, but also recently a U.S. Presidential candidate, have been quick to accuse Israel of disproportionate use of force in its defensive wars against the Palestinian terrorist group Hamas—without credible evidence. In fact, in the first eight months of 2014, Hamas launched more than 4,000 missiles at Israeli civilian targets before the Israel Defense Forces (IDF) finally mounted a major response.

While Israel’s policy has always been to avoid bombing strictly civilian targets, Hamas in this conflict frequently stationed armed terrorists in civilian dwellings and often launched missiles from hotels, schools, mosques and hospitals. In most cases in which Israel detected hostile combatants in civilian buildings, the IDF dropped “knock on the roof” devices and leaflets or phoned building occupants to warn them of an imminent attack. Such warnings are unprecedented in modern warfare.

So what is disproportionate force? Is it the ratio of civilian deaths to combatant deaths? Let’s consider previous wars in the last 100 years: In WWII, the civilian death count is estimated at 60%-67%; in the Korean War 67%; in the Vietnam War also 67%; in the Afghan War about 80%; in the Iraq War 77%.

Following the 2014 Gaza war, U.N. and Palestinian sources—famously biased against Israel— estimated civilian deaths at around 75% of approximately 2,100 killed. Even this number would be comparable to other modern wars. However, Israel took on the daunting task of identifying, name-by-name, all Palestinian militants and civilians killed in the conflict. Of the 1,598 Palestinian fatalities identified, only 45% were non-combatants. Colonel Richard Kemp, former Commander of British Forces in Afghanistan, says that this ratio made it “by far the lowest in any asymmetric conflict in the history of warfare.”

How should Israel respond to attacks on its citizens? While international law on warfare is complex, one thing is clear: Proportionality does not require a nation at war to use the same weapons as its enemy, nor simply to keep that enemy at arm’s distance. When a state is attacked, it has the right not only to defend its citizens, but also to prevent the attacker from repeating the act—and in fact to defeat that enemy definitively. Any notion, which some critics of Israel seem to harbor, that a nation must defend itself using weapons equally as effective—or ineffective—as those of its enemies is absurd.

Why were civilians in Gaza killed? While warfare inevitably creates civilian casualties, Hamas increased deaths and injuries to its people by using them as human shields. Beneath the populous Gaza City neighborhood of Shajaiya, for example, Hamas created a warren of underground bunkers and tunnels where its rocket-making equipment, weapons-storage facilities and rocket-launching sites were hidden. Hamas also embedded military command headquarters there. In order for Israel to fight back against missiles built, aimed and shot from this neighborhood, Arab civilians were endangered, and no doubt many died unnecessarily. Hamas’ mingling of terror forces with civilians was meant to enhance its public relations leverage against Israel, but this strategy—which itself is a war crime—no doubt dramatically increased the Palestinian death toll.

Israel’s extraordinary restraint. Precisely because Hamas attempted to lure Israel into “martyring” its civilians, the IDF used tactics uncommon in modern wars to protect innocents from harm. In fact, even after Israel warned Arab civilians of impending attacks, it sent drones overhead to ensure that occupants had left their buildings. Israel took these precautions not because they are required by international law—they are not—but because the Jewish state is a bastion of humanitarian values, unlike its Islamist enemies, who frequently claim they love death as infidels love life.

In fact, Israel’s scrupulous prevention of civilian deaths has been emulated by the United States in its battles against ISIS in Iraq. U.S. Air Force General Peter Gersten recently revealed that Americans seeking to take out terrorists embedded in civilian areas of Mosel were now using the “knock on the roof” technique invented by Israel. About the IDF’s conduct in Gaza, U.S. General Martin Dempsey, then Chairman of the Joint Chiefs of Staff, in November 2014, lauded Israel for taking “extraordinary lengths to limit collateral damage and civilian casualties.”

When a nation is fighting barbaric terrorists who target civilians with their weapons and then thrust their own citizens in harm’s way—as Hamas and ISIS do—it’s almost impossible to avoid civilian deaths. Clearly it is the terrorists who are to blame for committing war crimes and using disproportionate force.