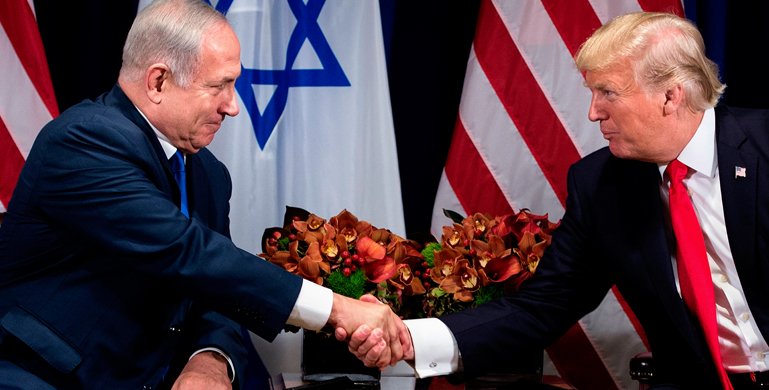 Why Does Israel Matter?

Critics of Israel question the value of the United States’ $3 billion in annual aid to the Jewish state. Yet Israel’s contribution to the U.S. on the world stage, in the Middle East and here at home is invaluable. Indeed, many analysts believe our investment in Israel is a bargain, yielding huge returns in vital strategic areas, and should be increased.

“The U.S. intelligence and military partnership with Israel is ‘absolutely critical’ to U.S. national security.”

Israel and the Jewish people have always held a cherished place in American hearts. American founders Thomas Jefferson and Benjamin Franklin so admired the children of Israel, they wanted to put Moses leading the exodus on our Great Seal. Abraham Lincoln supported the “noble dream” of a reborn Jewish state, and Woodrow Wilson aspired to “help restore the Holy Land to its people.” Today, common religious foundations, a commitment to democracy and civil liberties, and equally vibrant economies continue to bind Israel and the United States in an extraordinary relationship.

Yet the relationship of the United States to Israel delivers tangible strategic rewards far greater than shared values. Israel makes invaluable contributions to U.S. intelligence and military security, to America’s political influence globally, and to our quality of life.

Intelligence and Military Support. Israel and U.S. intelligence services enjoy extraordinarily deep levels of cooperation on counterterrorism and threats from hostile Middle East states, including Iran and Syria. Our nations share expertise in defending ports and airports from terror threats, as well as foiling global cyberattacks. In fact, Maj. Gen. George J. Keegan Jr., former head of U.S. Air Force intelligence, asserted that American military defense “owes more to Israeli intelligence input than it does to any single source of intelligence” —the value of which, he assessed, exceeds “five CIAs.” The United States also benefits from Israel’s position as the strongest military power in the Middle East, which America can unhesitatingly count on. In addition, the U.S. stores armaments in Israel in case of an emergency, and the U.S. and Israel regularly hold joint military exercises in the region. The unique technological capabilities of Israel’s defense industry have also contributed to U.S. superiority in drone warfare, armored vehicle protection, robotics and missile defense. No wonder that in testimony before Congress, then Joint Chiefs of Staff Chairman Adm. Mike Mullen called the U.S. intelligence and military partnership with Israel “absolutely critical” to U.S. national security.

Global Political Support. Few countries share such a congruence of national interests as do the United States and Israel. Both nations wish to:
● Prevent the proliferation of nuclear weapons
● Fight global Islamist terrorism
● Promote the development of Middle East democracies
● Resist the spread of Iran’s influence
● Achieve a peace with the Palestinians
What’s more, Israel consistently sides with the United States on global political issues. At the United Nations, our votes have been virtually identical, as have our policies on human rights and global conflicts. Israel has unqualifiedly supported U.S. military actions globally for the last half century. While Israel split unusually with the Obama administration on the Iran nuclear deal, this disagreement was shared by a majority of the American people and the U.S. Congress. Above all, the U.S. can count on Israel’s unwavering support and stability as the only liberal democracy in the greater Middle East.

Contributions to American Quality of Life. As a world technology powerhouse, Israel’s innovations positively influence American medicine, communications and the environment. Israeli companies provide critical technology for most American computers and cell phones, and they pioneered the USB drive, ingestible microcamera, and major advances in drip irrigation and desalination for drought-affected regions like California. Dozens of U.S. high-tech companies, like IBM, Intel, Google and Microsoft, have flocked to Israel to take advantage of its innovative spirit. Israel also outsources jobs to the U.S.: Israeli pharmaceutical firm Teva, the world’s largest producer of generic drugs, employs tens of thousands of Americans. Though tiny Israel’s population is only 7.7 million people, it is America’s 20th largest customer in the world—larger than Russia or Spain. More Israeli companies are listed on the NASDAQ exchange than from any other countries except the U.S. and China. Even the $3 billion of U.S. aid to Israel creates American jobs, since $2.25 billion of it is spent with U.S. companies.

Not only does Israel share core values with the U.S., but no other country in the Middle East—and few in the world—have national interests so closely aligned to those of the United States. While the U.S. contributes $3 billion a year to Israel, America receives outsized military, political, economic and quality-of-life returns. In fact, given this extraordinary ROI, the U.S. would do well to consider increasing the financial investment it makes in the Jewish state.