153_Who Are the Indigenous People of Palestine? 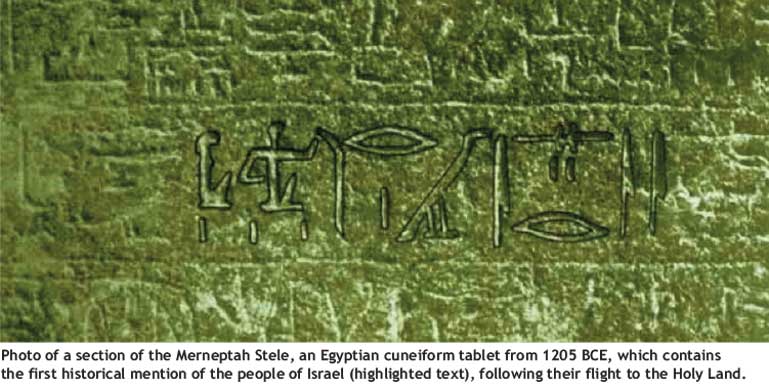 Who Are the Indigenous People of Palestine?

The Jewish people have lived in Palestine continuously for more than 3,000 years – – – far longer than any ethnic group. Why do Arabs deny this history?

Many Arabs and anti-Israel activists claim Palestinians are the true indigenous people of the Holy Land, comparing their plight to that of Native Americans. Yet the ethnogenesis of the Jewish people—Hebrew language, Torah, Jewish religion, culture and self-identity—began in Palestine more than 1,800 years before Arabs arrived.

The Jews’ return to Palestine reflects an indigenous people’s self-determination to create a state on the site of its ancestral kingdom.

Palestinian Deputy of Jerusalem Affairs Salwa Habib recently asserted that the “Palestinian people has been present in Jerusalem for thousands of years . . . centuries before the Jewish religion.” Such attempts to delegitimize Israel’s connection to the Holy Land disregard abundant archaeological, historical and genealogical evidence that confirms a continuous Jewish presence in Palestine dating back to the Hebrews’ return from Egypt, circa 1200 BCE. By contrast, Arabs first arrived in Palestine around 640 CE, first became a dominant population there in the twelfth century and first called themselves Palestinians only in 1964.

The U.N. defines an indigenous people as having a) continuously occupied ancestral lands, b) common ancestry with original occupants, c) a distinct common culture, d) a distinct language, e) a religion that emphasizes spiritual ties to the land, and f) a genetic connection to a specific people.

Arabs began to dominate the Holy Land when they arrived as Muslim conquerors in 1187 CE, especially during Mamluk rule, from 1260-1516 CE. However, just as white colonists in the Americas cannot call themselves indigenous people simply because they lived in an area for centuries, neither can Palestinian Arabs. As for other criteria of indigeneity, Palestinians speak Arabic, which is not a language specific to Palestine, nor had they identified as Palestinians before Egypt’s President Nasser so dubbed them in 1964. In reality, there is no ethnic difference between Palestinian Arabs, Syrians and Jordanians. Likewise, Palestinians have no culture peculiar to Palestine, nor do they have strong religious ties to it. The Koran, for example, never mentions Jerusalem, which has been the capital of the Holy Land for several thousand years. Finally, despite claims by some Palestinians of a  relationship to Canaanites, there is no genealogical or genetic evidence connecting Arabs to extinct Biblical peoples.

Are Jews indigenous to Palestine? The ancient Jewish connection to Palestine is confirmed in the Jewish Bible, the Christian Gospels and the Koran, as well as by countless Jewish antiquities and copious scholarly research. Genetic studies show that today’s Jews—whether the Diaspora cast them to Europe, North America, Africa or other parts of the Middle East—are related genealogically to Jews of Biblical times. Jews also have a distinct language, culture and religion that are linked inextricably to Palestine. Indeed, for thousands of years Jewish liturgy has expressed the yearning of Jews to return to the land of Israel: “Next year in Jerusalem” is uttered by every observant Jew at Passover, and Jerusalem itself is a major character in the Torah, cited more than 600 times. Finally, of course, like Native Americans, Jews were dispossessed of their ancient lands— by the Romans, Christian Crusaders, Muslims, Babylonians and Ottomans. Surely just because Jews were deprived of their aboriginal lands doesn’t mean they have no claim to them. Rather than colonialism, of which Israel is accused by anti-Zionists, the Jews’ return to Palestine actually reflects an indigenous people’s self-determination to create a state on the site of its ancestral kingdom.

There’s no doubt that Jews are the legitimate indigenous people of Palestine. That’s not, however, to deny Palestinian hopes for a sovereign state. In fact, Israel has many times offered to support such a state, if only Palestinians would abandon their jihad against Israel’s legitimacy and accept the right of the Jewish people to their own state.