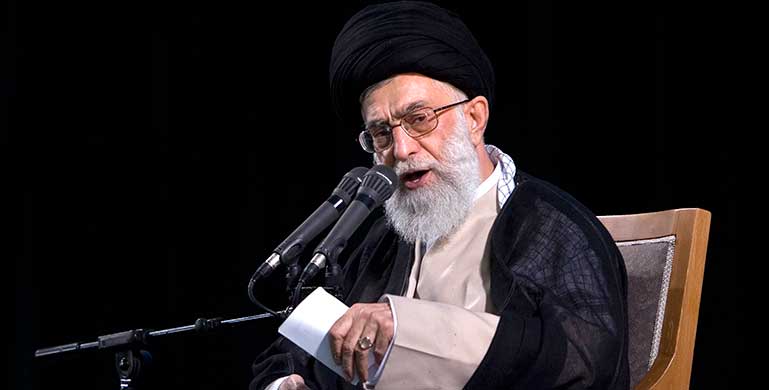 Lying is Iran’s diplomatic tool of choice. No wonder most Americans don’t believe the Obama Deal will stop Iran from cheating – – – or catch them when they do.

Iran has cheated shamelessly on all its international nuclear agreements. Not only does President Obama’s Iran Deal fail as promised to halt Iran’s nuclear weapons program, its verification regime is so weak it will be impossible to catch most violations. But even if we catch them, we have little power to stop them. It adds up to a deadly dangerous deal.

“Only if the U.S. Congress defeats the Iran Deal can the international community avoid a nuclear-armed terror state—and the near certainty of a war.”

Despite strict international sanctions and treaties, Iran has operated covert illegal nuclear facilities since the mid-1980s. In 2002, Iranian dissidents revealed to a surprised world that the Islamic Republic was building a uranium enrichment plant at Natanz, as well as a heavy water plan at Arak, the likes of which is capable of producing plutonium for nuclear bombs. In 2009, the U.S and other Western states discovered Iran constructing another secret enrichment plan—this one fortified deeply underground—known as Fordow. Notwithstanding all evidence to the contrary, Iran has insisted its nuclear program is peaceful. While Iran is a signatory to the Non-Proliferation Treaty (NPT), the International Atomic Energy Agency (IAEA) found back in 2003 that “Iran’s many failures and breaches of its obligations to comply with its NPT Safeguards Agreement…constitute non-compliance.”

Indeed, in 2003 then nuclear negotiator and now president Hassan Rouhani bragged that “While we were talking with the Europeans in Teheran” about preventing Iran from enriching uranium, “we were installing equipment in parts of the [uranium conversion] facility at Isfahan.”

In just the past year during the P5+1 negotiations, despite generous easing of international sanctions offered as incentive, Iran has cheated at least three times on related agreements. First, in violation of the Joint Plan of Action, which prohibited Iran from enriching uranium in new centrifuges, the IAEA in November 2014 caught the Islamic Republic using advanced, high-powered IR-5 centrifuges. Second, in February 2015, Iran was discovered to have about 300 kilograms of banned, gaseous low-enriched uranium, which can be used as reactor fuel. Third, Iran swore to the IAEA it would answer questions about the Possible Military Dimensions (PMD) of its previous nuclear programs, but to date it has mocked this commitment, revealing virtually nothing.

This consistent history of lying, cheating and weaseling out of agreements to limit its nuclear weapons program engenders profound distrust of Iran’s “agreement” to the Obama Iran Deal.

What’s worse, astoundingly, neither the United States nor any of the P5+1 nations will be involved in inspecting Iranian nuclear sites. Instead, inspections will be administered by the IAEA, which has negotiated secret terms for these protocols with Iran, the wily sanctions evader, which we will never see.

But what if we actually do catch Iran cheating? Even if Iran is caught violating Iran Deal terms, the P5+1 has tied its own hands. The only penalty the P5+1 can levy against Iran is a “snapback” return to the sanctions—which could take months of negotiations among P5+1 partners. What’s more, at the instant sanctions are reinstituted, Iran has the right to abandon the entire agreement, flip its centrifuge switches and return to full-speed nuclear weapons development. By then it will have collected its $150-billion reward and have little left to lose, but a nuclear arsenal to gain. With such stakes, it’s certain no Western nation will want to upend the agreement for the kind of small, consistent incremental violations that have characterized so much of Iran’s cheating in the past. We can also be sure that once British, French, German and Russian firms have lined up multi-billion-dollar oil and weapons contracts with Iran, they will be reluctant to kill those lucrative programs by reinstituting sanctions.

In short, if Iranians are determined to cheat, as they surely are, this deal leaves U.S. allies no means to catch them or force them to comply. Only if the U.S. Congress defeats the Iran Deal can the international community avoid a nuclear-armed terror state—and the near certainty of a Middle East or world war. Call your Sentators and Representative to voice your opposition today: (202) 225-3121.