FLAME
X
Put text, tables or any other HTML contents here, as you would put in any other HTML page. ..... and more.
Skip to content
Home » New opportunity opens for the Palestinians: Will they seize peace and prosperity . . . or let it slip away again?
Biden’s Israel-Palestinian peace plans must be grounded in hard realismJacques Gautreaux2021-01-04T13:10:31-07:00 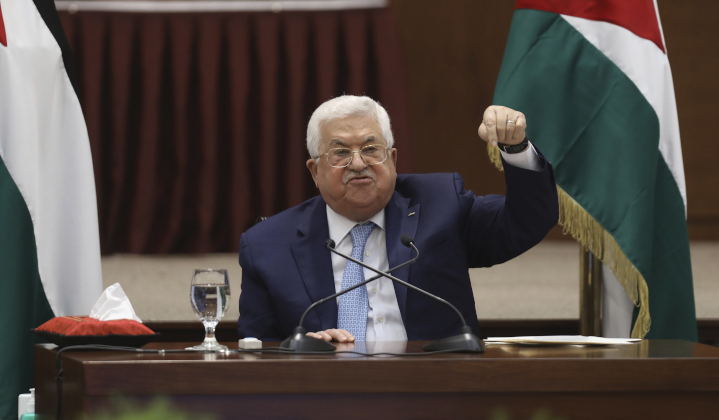 Palestinian President represents maximalist demands of rights to flood Israel with millions of Arab refugee descendants, persists in denying the legitimacy of the Jewish state in Palestinian schools and mosques, and continues to incentivize terrorism through programs such as “pay for slay”—all issues that should be resolved prior to any credible peace-making process.

President-elect Joe Biden has already been talking about a policy reset in many areas of foreign relations, enlisting a handful of high-profile figures in his incoming administration who have played key roles in the Israel-Palestinian conflict and its now moribund peace process.

That experience could be an asset if it’s used to reset past failed strategies and accommodate profound new realities in the Middle East. However, before President-elect Biden wades back into the Israel-Palestinian conflict, he would do well to ensure that he doesn’t squander political capital: Indeed, the risk is high that his efforts will end in the same dismal failure met by nearly every noble peace-making effort over the decades.

On one hand, the Palestinian Authority is feeling optimistic about a return to the pre-Trump era, when sympathies toward them held sway in the White House. Palestinian leaders enthusiastically welcomed Biden’s win with Mahmoud Abbas tweeting that he is “looking forward to working with President-elect Biden/his ADMIN to enhance relations/ achieve freedom, justice, & dignity for our people.”

On the other hand, despite this prospect of more sympathetic ears in the White House and profound regional changes in the last few years, the Palestinians give no indication they’ve changed anything in their strategy for achieving peace with Israel and greater independence.

For its part, Israel is riding a wave of economic prosperity and unprecedented support from important Arab Gulf-state neighbors as a result of the Abraham Accords. Conversely, the Palestinians’ influence and ability to exert pressure on Israel is at an all-time low. Any reluctance on Israel’s part to make dramatic concessions to Palestinians’ maximalist demands would be understandable

In order to succeed in advancing U.S. interests in a peace between Israel and the Palestinian Authority—let alone terrorist Hamas in Gaza—the Biden administration should consider the following strategy. It factors in today’s new regional alliances, as well as the decades-long obstinance of Palestinian negotiators, and Palestinians’ persistent incitement of its people to terrorist acts.

Build on the Arab-Israel peace process. Alongside any outreach to the Palestinians, President-elect Biden should build on the Trump administration’s successes in ensuring more Arab and Muslim countries open or normalize relations with Israel. Recent months have witnessed unprecedented warming of ties between Israel and the Arab world and thus has effectively ended the Israel-Arab conflict. Above all, this has also meant the end of the Arab Peace Initiative, whose tenets the Palestinians have employed to pressure Israel to accept potentially millions of descendants of Palestinian “refugees,” which would demographically destroy the Jewish state. The demand is on its face a deal-breaker.

Focus on Palestinian acceptance of the Jewish state. The Biden Administration should put away the repeatedly failed, illogical and tired notion that the Israel-Palestinian conflict is about land, borders or the so-called “occupation.” Countless offers by Israel, the U.S. and the international community, which would have ended with a Palestinian state, were rejected by the Palestinians—never because of the amount of land or the position of a future border.

These generous proposals were rejected solely because the Palestinian leadership would have to accept the reality of Israel as the national homeland of the Jewish people. Indeed, Palestinian Authority President Mahmoud Abbas has repeatedly stated that there is “no way” he will recognize Israel as a Jewish state. This is obviously a stumbling block for Israel, since it confirms Israelis’ conviction that the Palestinians cling to their decades-old commitment to eliminate the Jewish state.

If President-elect Biden wants to unclog the bottleneck that has mired the peace process for more than half a century, he will demand up front that Palestinian leaders state openly and officially that Israel is a Jewish state. There should be no concessions toward the Palestinians—not on U.S. bilateral ties with the PA, nor any movement on the peace process, until this fundamental demand has been met.

Stop Palestinian terrorist incitement. As a third strategic premise, the U.S. should ensure that incitement and violent rejectionism is rooted out of the Palestinian education system, official state propaganda and state-funded mosques. Terrorists, known colloquially as “martyrs,” should be shunned and not lauded. All streets names, institutions, sports camps and other entities that are named after murdering terrorists should be renamed. Children should be taught against idolizing those who have shed innocent blood. PA media should likewise be purged of any denial of Jewish history and rights in the Holy Land, and Israel should be restored on all maps.

Stop Palestinian “Pay for Slay.” As part of this anti-incitement policy, the U.S. should insist that the Palestinian Authority immediately end its “pay for slay” program, which rewards terrorists and their families by paying them a monthly stipend depending on how many Israelis they have killed. Palestinian officials have stated in recent days that they may try and amend these payments or reframe—but not discontinue—them, but the U.S. should require their unequivocal end.

These elements—especially acceptance of Israel as a Jewish state and eliminating state-sponsored incitement to terrorism—are the litmus tests for Palestinian seriousness towards ending the conflict and achieving peace with Israel. The conflict cannot end—ever—if the Palestinians will not recognize the identity and foundational character of the Jewish state. It cannot end if the murder of Israeli citizens continues and their Palestinian murderers are lionized and incentivized.

These should be the basic conditions for the U.S. reversing congressional legislation from 1987 that labeled the Palestine Liberation Organization (PLO) “and its affiliates” a terror group, reopening the PA office in Washington and offering it any type of U.S. tax-dollar assistance.

I hope you will point out to friends, family, colleagues and your elected representatives that the focus of efforts toward peace in the Middle East should remain on the Palestinians—until they have proven themselves worthy of a serious peace process. Israel has said many times that it is prepared to sit at the negotiating table with no preconditions and everything on the table. Now the Palestinians must prove they are also willing and able—and with clean hands and honest intentions—to do likewise.